Translating deeply rooted African music spiced up by electronic sounds into a modern avant-garde genre was a turning point for the founders of the Principe Discos in Lisbon. It was also them who made audience treat kuduro with respect and accept it to the world's underground electronic family.

The hard broken beats along with lo-fi melancholic tunes of the Principe Discos are becoming more and more frequently spotted and recognized in DJ sets and radio programs. Names such as DJ Marfox and DJ Nigga Fox appear among line-ups of the essential European and American dance events.

We talk to Jose Moura, one of the four guys behind the Principe Discos, about the success of interpreting backgrounds and the mystery of creating a genre. 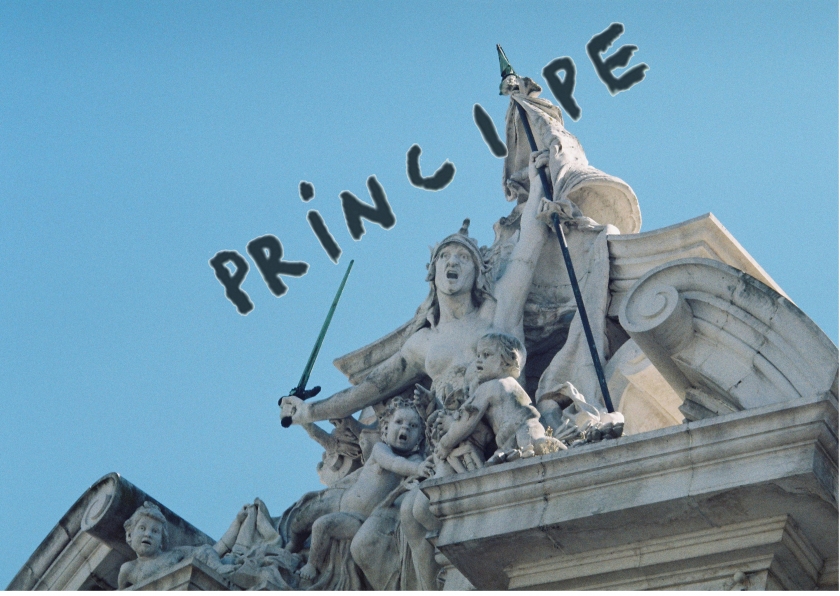 Mariana: Compared to other European countries, very little is known about the development of the electronic scene in Portugal. Recently the kuduro sound of the Principe Discos has been almost solely treated as the sound of Lisbon in media. You must have come across the opinion that this definition makes other producers in the city who work in different genres feel left out. Because it is not just the kuduro scene that is developing in Lisbon, right?

Jose: Principe does not exceptionally define the sound of Lisbon. However, it is the sound that is possible only in Lisbon due to the mixture of people from the former Portuguese colonies who have been settling down in the suburbs of the city for generations now. And whereas techno and house producers from Lisbon make music that could be done anywhere in the world, the modern interpretation of kuduro can be produced only in Lisbon.

Journalists come to Lisbon from the States, the UK, Berlin, in order to find out more about the sound of Principe. We can't help it. They come for us because we have our story and we work with the local artist who have a unique background. If we were not helping them, they wouldn't have any other platform to reach the market and the scene. They have very little knowledge of the underground electronic music. It is good for us though, in a way, because they are not influenced by anything other than their own culture and background.

This is what makes our story special and attracts music journalists. So other artists in the city feel left out because media seems not to be very interested in them.

The software our producers use is electronic, of course, because it is the easiest way to make music in their bedrooms, which is what they do. But their main electronic influence comes rather from video games than from the electronic music. It is stuff like American R-n-B, hip-hop, African kuduro (which has a strong electronic beat) that has musical impact on them. But the sound that we consider to be electronic such as house, techno, base - is not really significant to them. Some of them may know and like a few idiom artists but they definitely don't have much knowledge about the electronic music scene.

They are kids and they listen to what all kids listen to. Some of our producer are not even twenty years old.

Regarding the reviews that you have been receiving from the authoritative magazines such as the Wire and Resident Advisor and a couple of sessions with the Boiler Room (which seem different from what they are usually interested in), the global network is becoming more and more aware and fond of the sound you promote. How did this all work out for you?

We created a scene from nothing. It was a drift in the suburbs and we did our best in order to unify and bring it out. The first two records we released were by DJ Marfox and Photonz. Whereas Photonz sound was rather straightly defined as house, the music of Marfox was very much out there. We had no history and definition for his sound and did not know how to promote it abroad. It was neither techno, nor house, nor UK-based, nor dubstep. So we faced some difficulties having the record accepted. Although today it is selling even more than it did when the record first came out at the end of 2011. And this is all because of the context that we invented.

The emerging of the Lisbon kuduro has been compared to the grime in London. It is also a kind of underground music coming from the area that you would not expect new music to come from. But whereas grime is strongly connected to artists' communities, the Principe sound is produced by regular kids from the streets.

Like grime, kuduro had been disregarded for a long time. For some people it is just wild black music that can't be taken seriously at all. For example, during the 90s kuduro was kind of a joke. What mainly got to the surface was music from the TV. It was not taken as 'real music'. These were just beats to dance in a funny way to and make audience laugh. That was also a barrier we had to overcome: translating this modern style deeply rooted in African music as something valuable and avant-garde.

How does such recognition influence your kids?

They started going abroad whereas before that they never left Portugal or even Lisbon. To some of them the world is limited to a shopping mall in their neighbourhood. Most of them have never been to Africa although their parents are from there. So I can't imagine what it is like for them to go to London, Berlin, New York or Los Angeles.

I am not sure about what they bring back as influence in terms of music. At festivals and clubs they surely get exposed to other DJs and producers. What I can tell though, is that Marfox's sound has become much more sophisticated and more complex. It has more layers.

At the moment we are working with about twenty producers. Some of them work in crews such as Tia Maria Producoes and Niagara, some work on their own. For example, Dj Marfox and Dj Nigga Fox are not a part of any crew. We are planning to work with many more producers because more young people are getting in touch with us and bring over their music.

What was the turning point for the Principe discos when you realise that your translation has been accepted in the world outside Lisbon?

Last year at the Unsound festival in Poland, where DJ Marfox and DJ Nigga Fox were playing, Steve, the main guy from the Warp records, approached us with this idea of releasing a series of compilations. We were astonished and could not believe it at first. Well, the third volume of compilations is to come out soon.

We are four guys. It is myself, Marcio Matos who does all the artwork, and two more guys, Pedro Gomes and Nelson Gomes, who also run a promotion company called Filho Unico. They promote everything they like: from electronics to noise, jazz, and African music.

It was also Pedro and Nelson who started working with Marfox in 2007. They had been thinking of starting their own label for a couple of years. At the same time me, Marcio and guys from Photonz were DJ-ing together and there was a certain kind of sound we liked: very tribal, drums-oriented raw disco and house. And, as we were also thinking of setting up a label for some reedits and productions of our own, we decided to team up with Filho Unico because we loved their work and they loved our DJ sets.

Moreover, when we started to really listen to that music from the suburbs we started with Marfox who then began presenting other producers to us. We thought: 'Jesus, we had never heard anything like this!'. And we had to do something about this music because it was original and had no context.

So the idea of the label is to bring out the sound of the suburbs, right?

This is what we are trying to promote at our parties right now. It took us a while before people actually started to feel at ease coming from the suburbs and mingling with hipsters and artists from the centre.

Is there in fact a kind of segregation in the city?

I think it is normal in every big city: there is a downtown area which feeds on itself and there are suburbs which are more or less autonomous too. They have their own block parties and their own scenes. So we needed to break some barriers in order to make this work. It was about mixing everyone: blacks and whites, old and young. And it's really healthy and vibrant. 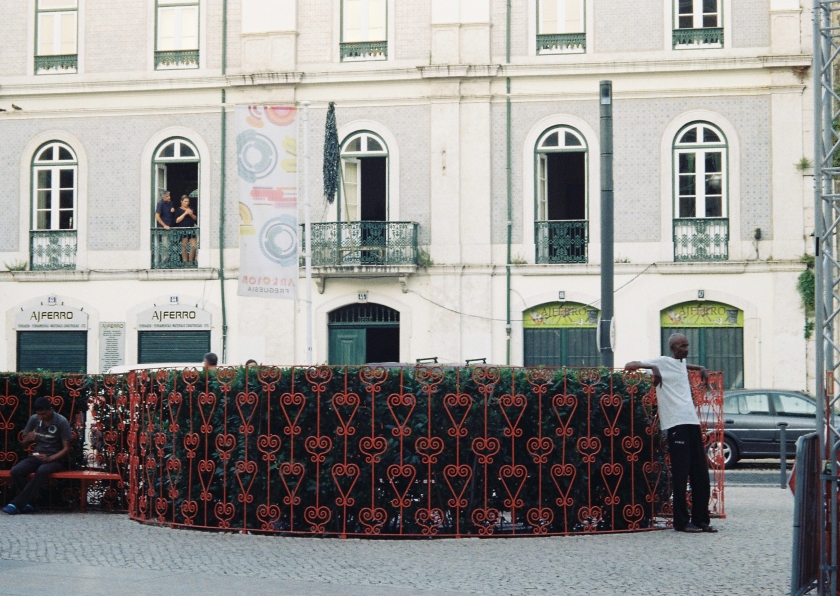 Was this barrier about people accepting each other?

It was mainly because people just didn't know that there was this music and not because they were racists or whatever. There was maybe something related to the fear that a certain kind of people from the suburbs, especially black people, will mug or rob you. But I think such incidents are common for every big city. People in the centre fear suburbs because it is not safe out there, you don't know your way around, and every hood looks the same. So you start feeling lost. And all that contributes to a certain suspicion.

Do you think that music is a great way to connect people and overcome the segregation?

Yeah, of course it is. At our parties one can see the difference between people from the downtown and the suburbs because they celebrate music in a very different way. At the beginning people from the downtown were just looking and trying to move but they did not really know how to dance to that sound. But they were trying. And nowadays, since we have had more than three years of monthly parties at Musicbox (Blitzkickers: club in the downtown of Lisbon), everything is more melted together.