The altitudes of Icelandic artists

An island of cinematic beauty, Iceland, is a place where things are continuously moving — the spontaneity of active volcanoes and the constant flow of glacial rivers. So it is no surprise that darling progressive artists are appearing on the horizon of electronica music and these artists call Iceland home. We owe thanks to Eurosonic Festival (Groningen, NL) for making the introductions and striking our dancing fancy with the likes of Iceland. 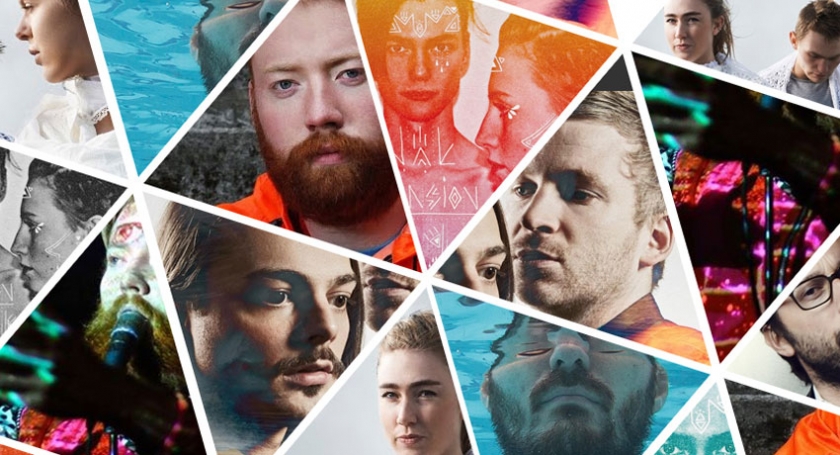 SOUNDS LIKE: Therapeutic musings of otherworldly instruments devised with the perfection of palpitations in a spacesuit.

FUN FACTS: Established in 2009;
Olafu Arnalds is an Icelandic BAFA-winning composer;
Majority of the album is recorded with acoustics, synthesisers, drum machines and tape delays.

SOUNDS LIKE: A mix of past and future, mesmerising vocals with waves of glacial electronica.

FUN FACTS: Established in 2011
Signed to One Little Indian Records, home of Bjork and Fufanu.

RECENT: Silkidrangar follows their 2013 self-titled EP and released on One Little Indian.

WHO: Tonik Ensemble
Anton Kaldal Agustsson, the one and only

SOUNDS LIKE: Cohesive minimalistic vibes, intricately woven with an extreme starburst of sound that combines colour and an array of stunning pulses to engulf your entire being.

FUN FACTS: Agustsson utilises the theory of colour that applies visual lust to his creations and implements the important trio; electronics, vocals and strings.

RECENT: Atomnation is proud to present his upcoming album, Snapshots, which includes the released track, Landscapes.

WHO: VOK
Before birth, consisted of Margret Ran and Andri Enoksson working together unofficially, which lead to forming the band with the missing link, Olafur Alexander in 2013.

SOUNDS LIKE: Fluid daydreams stitched with indie influence that include undertones of guitars and saxophones. The sound is smooth, creating its own dialect which enunciates a dazzling energy.

FUN FACTS: Records Records compared their first EP to the likes of The XX, James Blake and New Order, which intrigues the ears of the electronica scene because the blend of styles has proven to be their signature hybrid approach.

SOUNDS LIKE: Sythn pop infused good times with impeccable instruments that capture the emotional and simplistic sounds of electronica.

FUN FACTS: Collaborations with Hermigervill and Thorunn Antonia. He launched a project with Icelandic dance maverick, Oculus. Also if he were to be any other musician he's chosen, Freddie Mercury.

GIGS: TBA
September 2013 he graced Reeperbahn Festival as well as a jaunt across Europe with FM Belfast.

Without a doubt these artists are bringing a fresh perspective to a genre we love so much. This is only a taste of what is to come from Iceland and we are anticipating the change they're about to bring to the game. Wherever you are, keep Iceland close.

Toronto / Amsterdam
Myriah Turner likes her words shaken not stirred. A Canadian with a powerful pen, she is known for her poetic stylings on discoFlesh, her dreamy voice over and her constant contributions to the electronic dance music scene. Having a strong connection with Amsterdam, Myriah Turner is currently based in Toronto, with an endless supply of pens and paper.
0 0 0 0