The Altitudes of Ukrainian Artists

Ukraine is a country of vast geographical landscapes; highlands and lowlands dressed with rivers and the Carpathian mountains as well as stunning ridges and slopes that feed into the Black and Azov Seas. These differences are also true to its artists; with their progressive audible paintbrushes they reach with valiant talent into a musical triumph of gorgeous sounds that propel the Ukrainian music scene into the entire world. 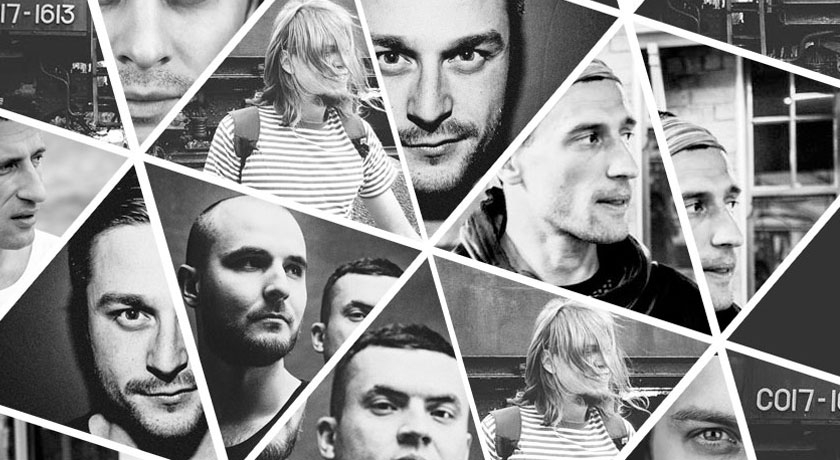 WHO: Vakula
From Konotop, which sounds like a planet in a distant galaxy, rather than a town in Ukraine. On his two labels Leleka and Bandura he swings you from space jazz to ethnic motifs and back to house and electronica.

FUN FACTS: Inspired by his grandfather — a traditional instrumentalist and well-known bandura performer.

RECENT: Vakula's latest album is a soundtrack to a 1920's science fiction book written by David Lindsay — A Voyage To Arcturus — a story of a fearless traveler who is exposed to sublime energies and unknown spheres.

SOUNDS LIKE: An electronic symphony of make-believe instruments. Their live sets consist of improvisational and avant-garde elements that bring diversity into the club night.

FUN FACTS: Know each other from the university and lived next door at a student dormitory in Kiev.

RECENT: The Valley of Songs EP released on Life and Death Records.

SOUNDS LIKE: Clever ideologies tapping out their direction in a hypnotising morse code that only your body understands.

FUN FACTS: By sharing his music on a semi-private online board Etapp Kyle made some good friends who helped to further his career to the Moscow Arma17 club (closed a year ago) ) and Ben Klock's own Klockworks imprint.

WHO: Sunchase
His parents call him Alexander Pavlenko.

SOUNDS LIKE: Futuristic musings of an optimistic drum 'n bass man with questions and answers that can only be understood by the constant flow of digital progression and tempo.

FUN FACTS: His debut album, Static Nitro, became album of the month in Spring 2010 according to MixMag.

GIGS: TBA
However has played all over the world including; Denmark, Germany, Russia, Spain and America.

SOUNDS LIKE: Inspiration. It is an off the cuff experience of enchanting techno and oddly dark but serene sounds.

FUN FACTS: Nina Kraviz named his "I Will Not Pee In The Pool" under number 13 on DJ-Kicks.

These artists are contributing to a genre we continue to explore. The talents of Ukraine are making waves into techno and electronica and we appreciate their dedication and enjoy their creations. Stay tuned into the Ukrainian glory.

Toronto / Amsterdam
Myriah Turner likes her words shaken not stirred. A Canadian with a powerful pen, she is known for her poetic stylings on discoFlesh, her dreamy voice over and her constant contributions to the electronic dance music scene. Having a strong connection with Amsterdam, Myriah Turner is currently based in Toronto, with an endless supply of pens and paper.
1 0 0 0